How To Treat Water Smells Like Rotten Egg In Well Water? 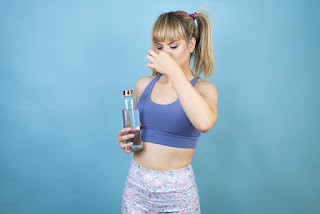 We have helped thousands of our customers learn how to get rid of rotten egg odors in their water.

Whether the rotten egg smell is from only the hot water or cold water or both, if you are experiencing problems with well water smells, follow these simple steps. 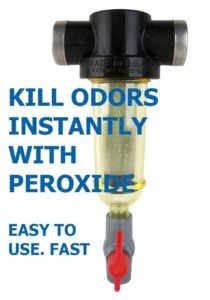 The first step to finding out what to do when your water smells like rotten eggs is to see if the odor is from scorching water only, or if it is also coming from the cold well water.

Run a hose bib or tap as close to the well as possible and fill a 5-gallon bucket or other container and notice if there are odors.

If you smell a "rotten egg" odor, this is hydrogen sulfide gas. If the water smells like oil or asphalt this can be from manganese. If your water smells like cucumber or sewage this is usually a result of iron and/ or sulfur bacteria.

If there is only an odor in the hot water, this indicates a problem with the water heater.

Sulfates in water, as well as iron and sulfur bacteria can interact with the anode rod in water heaters.

This creates hydrogen sulfide gas which is the rotten egg smell in water.  Changing the anode rod to an aluminum rod can often solve this problem of having well water that smells like sulfur.

If this is not convenient you can also hook up a "water heater odor killer" filter screen. This will also get rid of the sulfur smell in water.

This device makes it easy to periodically add some store-bought hydrogen peroxide to the water heater, which kills the odor instantly and is safe to use.

Read How to Eliminate Odors from Hot Water

If there is an odor problem with the water supply, the first step is to determine the source.

If the source of your water is a public water system and you have problems with smells in the cold water, contact your water utility, or call us for help.

If the source is from the well, a general mineral water analysis is critical to selecting the right system to treat the problem.

The test should include analysis for pH, iron, manganese, hardness, total dissolved solids at a minimum. Other tests for sulfate, hydrogen sulfide and tannin are recommended as well.

Take the sample as close to the well as possible. With these results, you can identify the best type of water treatment to use, and what type of system to select, based on your water chemistry.

For health-related issues, your well water should be tested for total coliform and e-Coli (fecal coliform). If infants and children will be drinking the water, a general mineral, metals and a bacteriological test is recommended.

Well Water Smells: Choose a Method To Get Rid of Rotten Egg or Sulfur Smell in Water

ONE: If you have sulfur odor only in both cold and hot water, and no iron or manganese (rust, red or black staining) the best option is to use an Air Charger Carbon Filter with a peroxide cleaning kit (which comes as an option).

TWO: If you have extreme sulfur odors from the cold well water, we recommend shocking the well with chlorine and then installing a peroxide injection system with a back washing carbon filter (see below).

THREE: If your well water smells like rotten eggs and you have iron in your water and rust staining, install a chlorinator followed by an iron filter.

FOUR:  If you have rotten-egg sulfur smells in the hot water only, we recommend installing a Water Heater Odor Killer.

(If you want to read more about Sulfur odor in water, check this post out.)

Use a Chlorinator or Inject Hydrogen Peroxide to Kill Odors

Hydrogen sulfide gas ("H2S"), has a distinctive "rotten egg" sulfur smell, which may be especially noticeable when running hot water.

Such water can discolor coffee, tea, and other beverages, and alter the appearance and taste of cooked foods. Hydrogen sulfide ("H2S") gas is a nuisance that is not usually a health risk at concentrations normally found in household water.

However, hydrogen sulfide can be toxic. Usually, the gas can be detected long before it reaches harmful concentrations. H2S is flammable and poisonous.

H2S dissolved in water can corrode plumbing metals, such as iron, steel, copper, and brass and exposed metal parts in washing machines and other water-using appliances.

The corrosion of iron and steel from hydrogen sulfide forms ferrous sulfide or "black water" which can darken silverware and discolor copper and brass utensils.

Hydrogen sulfide can also interfere with the effectiveness of water softeners and filter systems. 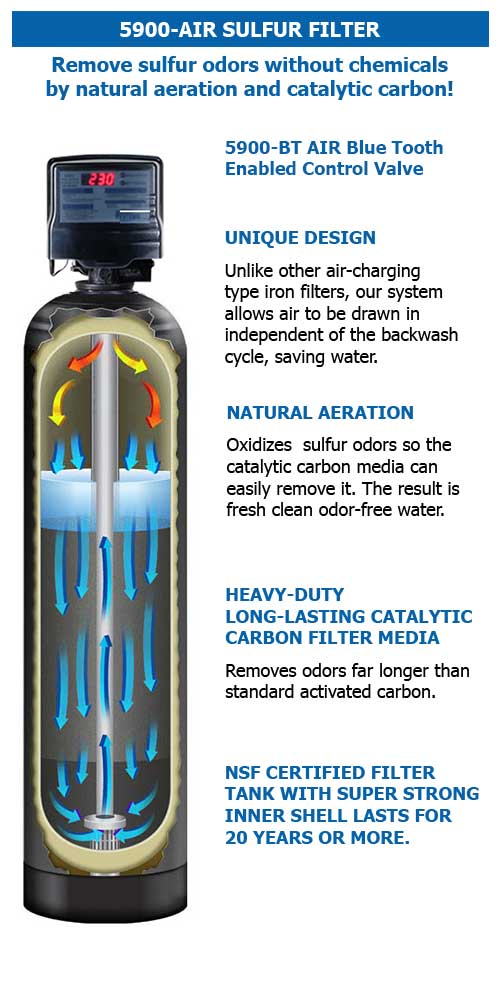 Iron bacteria and sulfur bacteria present in groundwater use iron and sulfur as an energy source and chemically change sulfates to produce H2S gas.

These bacteria use the sulfur available from decaying plants, rocks, or soil and often thrive in an iron-rich environment.

The harmless non-toxic bacteria normally exist in oxygen-deficient environments, such as deep wells and plumbing systems. The bacteria do not usually cause health problems but contribute to bad tastes and/or odors at low levels.

Hydrogen sulfide gas may also be present naturally in wells drilled in shale or sandstone, near coal or peat deposits, or oil fields.

Though H2S is normally found in wells, it can also enter surface water through springs and quickly escape into the atmosphere.

Often your water heater can become a source of foul H2S smells. The magnesium rod used in heaters for corrosion control can chemically reduce sulfates to hydrogen sulfide gas (rotten egg smell) and may need to be replaced with a different type of anode.

This odor can also be eliminated with the use of a Water Heater Odor Killer.

High levels of sulfur odor (hydrogen sulfide gas) 100 PPM or over can cause sickness and death.  However, the levels found in homes or from well water is lower in the range of 1 - 5 PPM.

Sulfate is a dissolved naturally occurring mineral.  At levels of 250 PPM or higher sulfate can cause a laxative effect if the water is consumed. High levels of sulfate can be easily tested with a test kit or laboratory analysis.

Hydrogen sulfide is gas and must be tested on-site. Sulfate has no odor, but high levels of sulfate with water that is not disinfected can cause hydrogen sulfide by the action of sulfate-reducing bacteria.

1. Shock your well with chlorine bleach or hydrogen peroxide to get temporary relief from sulfur odors. Often keeps odors away for 1 - 2 months.

2. Chlorinator: Install a chlorine injector system (chlorinator) on your wellhead for continuous injection of chlorine when the water is running. Chlorination eliminates the sulfur bacteria that cause the odor, and combined with an Air Charger self-cleaning backwash carbon filter can eliminate odors continuously and take out chlorine residual before the home.

3. Peroxide: Install the same system as a chlorinator but use hydrogen peroxide in place of chlorine bleach, followed by backwashing catalytic carbon filter. Unlike chlorine, no residual salts or residues are left in the water after water flows through the carbon system.

5. Air Compressor Tank Aeration System: This injects a lot of air under pressure and can eliminate odors under certain conditions.

See our section "Odor Systems" for filters and systems to remove odors from well water.

My water smells like rotten eggs. What is the first step I should take to get rid of the sulfur smell?

I have hot water sulfur smell only. What should I do?

Replace the anode rod with an aluminum rod or powered anode. Add a Water Heater Odor Killer to make it easy to add store-bought hydrogen peroxide to the water heater.

Both hot and cold water smells like rotten eggs. How to fix?

If you are on well water and have sulfur odor in both cold and hot water, and no iron or manganese (rust, red or black staining) the best option is to use an Air Charger Carbon Filter with the peroxide cleaning kit.

How do I get rid of rotten egg smell in well water when I also have rust staining?

If your well water smells like rotten eggs and you also have iron in your water, install a chlorinator followed by an iron filter.

What is the Difference Between Sulfate and Hydrogen Sulfide?

Sulfate is a dissolved naturally occurring mineral and at levels of 250 PPM can cause a laxative effect if the water is consumed. High levels of sulfate can be easily tested with a well water test kit or laboratory analysis.

Hydrogen sulfide is a gas and must be tested on-site. Sulfate has no odor, but high levels of sulfate with water that is not disinfected can cause hydrogen sulfide by the action of sulfate-reducing bacteria.

What are the sulfur in well water health effects?

High levels of sulfur odor (hydrogen sulfide gas) 100 PPM or over can cause sickness and death.  However, the levels found in homes or from well water is lower in the range of 1 - 5 PPM.

What are the health effects of repeated exposure to low concentrations (1 - 5 PPM) of hydrogen sulfide rotten egg smell in water?
How can I test for hydrogen sulfide? Can I send a sample to a lab?

You must test on site. Samples cannot be sent to a lab. There are various hydrogen sulfide test kits available. Most do not give exact results but can you give you a range.

Do you have rotten egg or sulfur smells in your cold or hot water? Or would you like more help in learning how to treat sulfur odors in well water?

Email our technical support department at support@cleanwaterstore.com or call us for help at 1-888-600-5426!